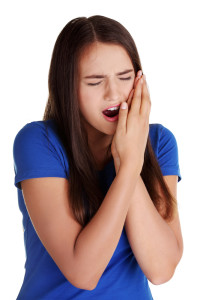 Would you ever have thought that a tree could soothe your toothache pain? We’ve become so far removed from nature that we’ve forgotten that Native Americans didn’t have painkillers or antibiotics. Nature was their pharmacy. They sought medicinal properties in trees, plants, and weeds.  Read on to learn more as your Livonia, MI dentist, Dr. James Stewart, discusses the Prickly Ash: A.K.A. the Toothache Tree in today’s blog.

Have you ever wondered how Native Americans learned of the medicinal properties of certain trees and plants? Was it through trial and error? It must have been. They didn’t have the technology that we have today to test each and every little thing. It was lucky for early settlers that Native Americans had such ingenuity. The early settlers learned oodles about how to survive from the American Indians, and one of their lessons regarded the Prickly Ash tree.

Common throughout the United States, the Zanthoxylum clava-herculis, or Prickly Ash tree is a spiny, aromatic, deciduous shrub that grows in hedgerows or thickets. When in bloom it looks like an ash tree with prickles. The saying necessity is the mother of invention fits well in this case. Because toothache pain dates back as long as…well, as long as man had teeth, humans needed to find ways to relieve it. Native Americans found that the leaves and bark from the Prickly Ash contain a natural anesthetic and therefore began using it to numb toothache pain. By placing a single thorn on their gum the pain would be gone within minutes, at which point they could remove the tooth in a painless manner.

Your tooth aches when the dental pulp becomes inflamed or infected. Dental pulp is a mass of arteries and nerves and is extremely sensitive to any outside agency, even air. Various causes of toothache include: